What Happened With GameStop? A Teacher’s Guide

Your students have likely heard about it. They’ve shared memes about it. Some of them — at their own peril — might have even tried to get involved. But how much do your students actually know what happened with GameStop, Reddit, and Wall Street in the first few months of 2021?

To make a long story short: In January, a group of everyday people on Reddit started buying up GameStop stocks. This drove up the low-value stock’s price, which counterintuitively cost prominent hedge funds billions of dollars. At the same time, a few Redditors found themselves in possession of stocks worth hundreds of thousands. 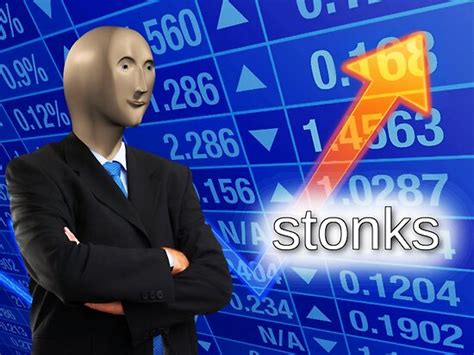 “Stonks” has been a meme since 2017, but now it’s started to get real. Image Source: Know Your Meme.

The truth is, GameStop isn’t just a meme anymore. This is a real movement, one that your students may consider joining. Without knowing the full story, they could get badly burned.

Start your students at the beginning. What is a stock?

A quick Google search for “what happened with GameStop” brings up over 100 million results, most of them full of numbers and jargon that, unless you’re a veteran investor yourself, will make your head spin. (To aid in class discussion, you can find a glossary of terms at the end of this post.)

To get your students on the same page, you’ll have to start at the beginning. To that end: what, exactly, is a stock?

It can help to imagine a stock like a physical object…say, a top hat. If you buy a top hat for $10, and then a few years later everyone is buying top hats for $15, you can sell your top hat for $15 and pocket the $5 difference.

But, if in a few years top hats are only worth $7, selling the top hat you bought a few years ago means you’ve effectively lost $3. That’s how typical investing works, on a very simplistic level. You buy a certain number of stocks for x dollars per share (a share is an individual piece of stock), and then you wait. If you’ve invested in a promising company, you’ll expect the market value to gradually increase over time. When it’s gone up a significant amount, you sell.   If the market value goes down, you wait until the value rises again. If that never happens, the worst case scenario is that you never make back the money you initially spent.

How did hedge fund investors lose money on GameStop stocks once they started to rise?

What are hedge funds?

A hedge fund is an investment partnership made up of a hedge fund manager and a group of investors. Together, they pool their funds to make high-risk high-reward investments, which means they spend large amounts of money in hopes of an even higher return.

Hedge funds can invest in anything, not just stocks. Imagine a group of people realize the average price of houses is about to skyrocket, so they pool their funds to buy up several hundred low-price houses. Then, they resell these houses for a much higher price.

What is short selling?

Short selling is more complicated than typical investing, because it involves investors borrowing stocks from shareholders (aka people who own a company’s stock) for a fee. They make a deal to return these stocks at a later date. Then, the short-sellers sell these borrowed stocks, betting that the stock’s value will drop soon. That way, the short-sellers can buy them back cheap, and return them to their original owners while pocketing the difference.

Imagine that your friend owns a bunch of top hats (worth $10 each). You borrow one of them, and promise to return it by the end of the month.  Then you turn around and sell it for $10. You’re betting that very soon, no one will care about top hats anymore, and you’ll be able to buy it back for only $5.

When short-sellers correctly predict a stock’s value dropping, they can make a huge amount of profit in a short time. But if they guess wrong, their losses are potentially infinite.

Imagine: you sell your friend’s top hat for $10, but then Elon Musk tweets a photo of himself sporting a fancy silk top hat. Suddenly, everyone wants a top hat. Their market value shoots up to $10, then $30, then $50 a hat. You’re in trouble now. You made a deal to give that hat back to your friend within the month, and who knows how expensive top hats will be by then?

So you scramble to buy back the top hat for $50, before the price rises any higher. In this case, you’ve lost $40…but if you didn’t buy the hat back when you did, who knows how much you might have had to pay by the end?

That’s the difference between typical investing and short selling. When you purchase stocks for yourself, you benefit from the stock’s value slowly rising over time. If you spend $100 on stocks, the worst thing that can happen is that your stocks become worthless and you never make that $100 back.

But short-sellers stand to benefit from stocks dropping quickly. If you short a collection of stocks for $100, you might make quick money — or you might be forced to spend thousands of dollars to buy back stocks you never owned in the first place.

That’s known as a short squeeze. When short-sellers bet that a stock’s value will drop but it rises instead, they scramble to buy back their borrowed stocks, which in turn drives the stock’s value up even higher. 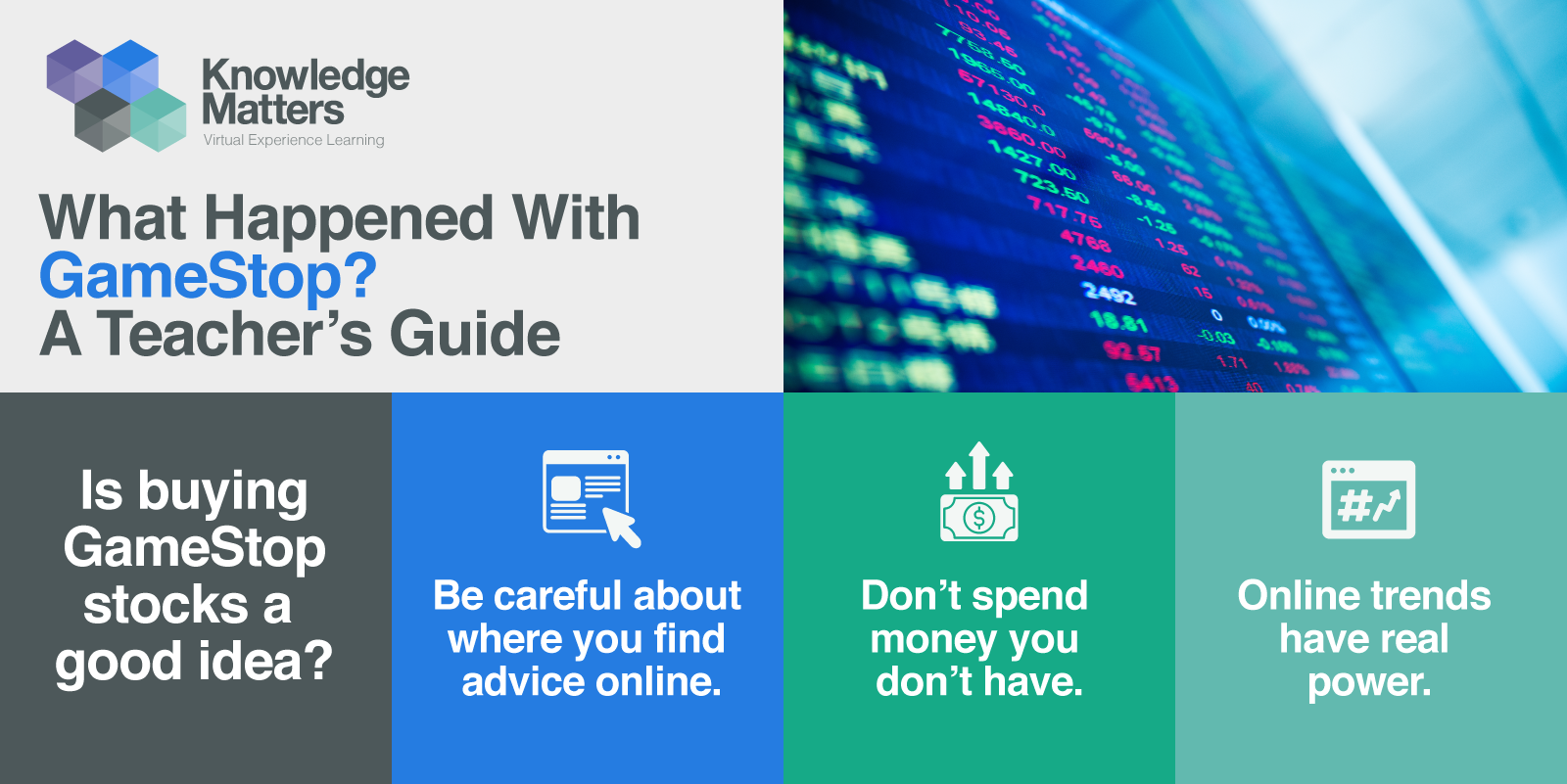 How did short-selling affect what happened with GameStop?

As a brick-and-mortar retailer of physical copies of video games, GameStop has struggled to compete with online retailers that sell digital copies of the same games. In March of 2020, their stocks hit an all-time low, hovering around $4 per share.

In September 2020, activist investor Ryan Cohen decided GameStop might still have a chance. He took a 13% stake in GameStop (meaning he essentially bought 13% of the company) and encouraged it to compete with online retail giants like Amazon.

This raised the value of GameStop’s stocks (also known as GME) a little bit, and a few investors bought shares as they regained faith in the company. But hedge funds and other short-sellers saw this as a doomed move. They expected the stock’s value to drop once Amazon crushed its online retailing efforts, and so they shorted millions of GME in preparation for the fall.

But the fall never happened. In January 2021, a group of online day-traders on Reddit (day-traders are investors who buy and sell stocks frequently instead of investing for the long term) noticed how many hedge funds were shorting GME. They saw their opportunity to beat the hedge fund investors at their own game by driving the stock up.

If millions of ordinary people bought stocks the regular way, the price would rise, and hedge fund investors would be forced to buy back their borrowed stocks before they lost everything.

This created a stock market bubble.

A bubble marks a period of time when an asset’s price rises higher than its actual value. Investors pour money into this asset, hoping to sell it off for an even higher price. Eventually, the bubble will “burst” when people lose confidence in the asset, owners scramble to sell, buyers disappear, and the asset’s value plummets.

(Fun fact: The first recorded bubble happened in Holland in the 1600s when the value of tulips skyrocketed, turning the economy on its head. More recently, the dot-com bubble of the 1990s saw investors pour trillions into brand-new internet-based startups before the market crashed in 2000.)

All this brings us to our current situation. GameStop stocks skyrocketed, reaching an all-time high of $347.51 per share, before plummeting back to around $50 per share in early February. Hedge funds lost billions. Redditors who sold their stocks at their most valuable made thousands…and those who held on too long, hoping the stocks would rise even higher, lost their investment.

After so many ordinary people reportedly made so much on GameStop, the idea of striking it rich in the stock market as a high school or college student is an alluring one. At this point, though, GameStop stocks are unlikely to shoot up again…and it’s questionable whether it was ever a good idea for people to buy them in the first place.

Whether or not to buy a stock is a question for qualified financial advisors. (It should be noted that the information written here does not constitute professional investing advice.) However, there’s a few main takeaways students should keep in mind: 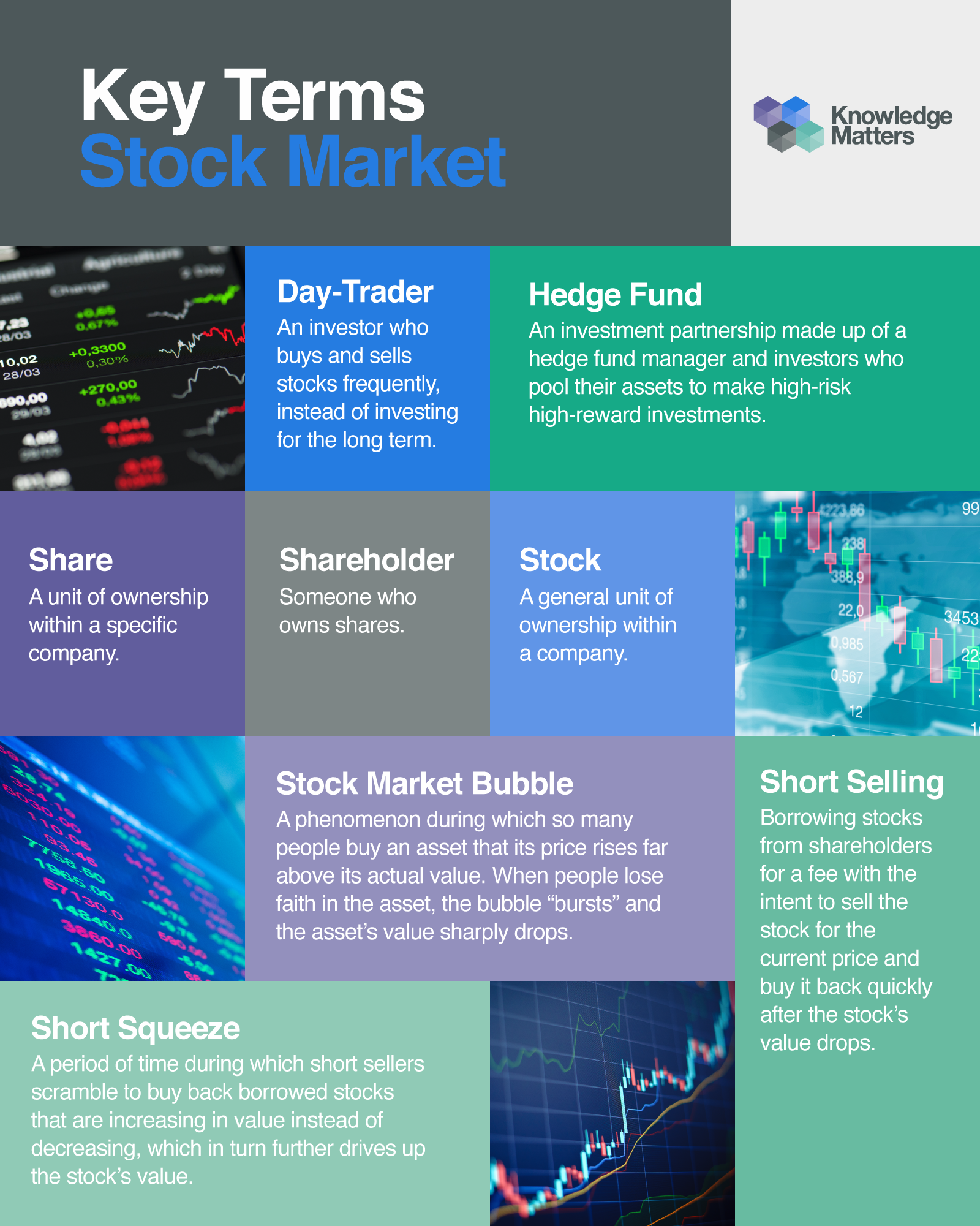 What Every Teacher Needs to Know About Musical.ly - The Most Popular App Teenagers Are Using
PRODUCTS
ABOUT
SUPPORT
CONNECT WITH US