Most teachers read to stay fresh with new curriculum ideas for their classrooms.

High school business teachers are especially big readers - so that they can discuss the latest business and marketing ideas with their students.

Here’s a list of books - many of them just published - that high school business teachers may be reading in 2017.

Nike is a literal giant in the sports and fashion business in 2017. Flashy, expensive, inspirational advertisements, and high-priced athlete endorsements, have defined the brand for many years.

But Nike, like many American business success stories, started small, extremely small. Phil Knight, Nike founder, literally began the athletic apparel giant by selling running shoes out of the trunk of his car. 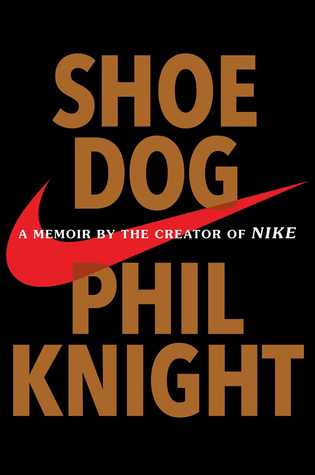 The Upstarts: How Uber, Airbnb, and the Killer Companies of the New Silicon Valley Are Changing the World

The first or second wave of technology and Internet companies dominate the business headlines - Facebook, Apple, Intel, Microsoft, Amazon, Oracle, etc. But, in the last seven years, since Uber launched in the summer of 2010, a new generation of digital companies are transforming industries. Uber and Airbnb are valued as billion-dollar companies, and their business models are disruptive to entrenched industries - transportation and hotel/lodging.

This new business book written by Brad Stone, a veteran business journalist, chronicles the rise of this latest wave of technology upstarts.

This could be a great book to spark conversations with high school students who are avid users of smartphones and ecommerce companies.

Stone’s previous book -The Everything Store: Jeff Bezos and the Age of Amazon - is one of the best researched books yet on Amazon.com and how the company that began by selling books on the early commercial internet has grown to become one of the largest retailer and cloud computing companies in the world. 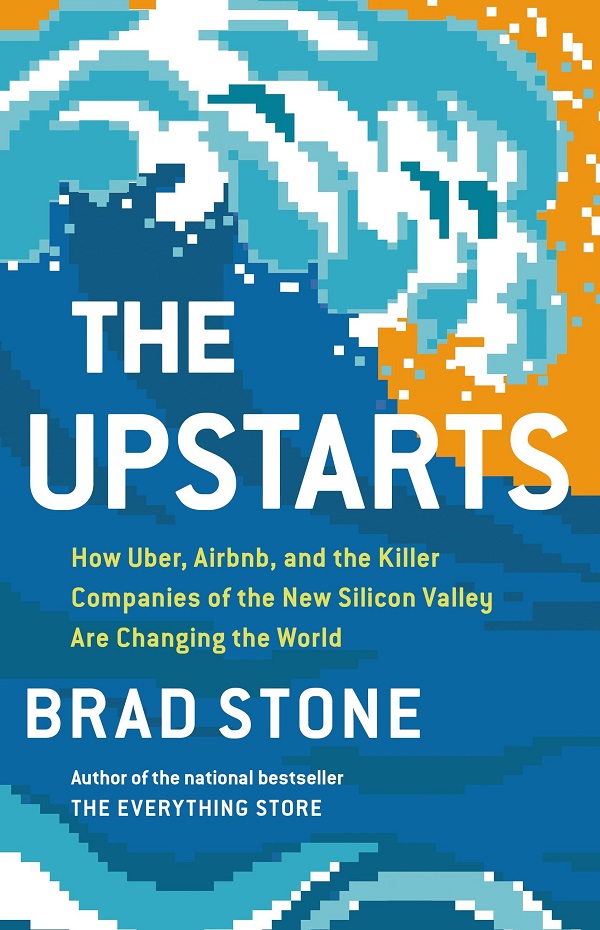 The Airbnb Story: How Three Ordinary Guys Disrupted an Industry, Made Billions . . . and Created Plenty of Controversy

Even if your high school business students haven’t used AirBnb or stayed in an AirBnB while traveling with their families, this book could be of definite interest for your students.

This is the remarkable behind-the-scenes story of the creation and growth of Airbnb, the online lodging platform that has become, in under a decade, the largest provider of accommodations in the world. At first just the wacky idea of cofounders Brian Chesky, Joe Gebbia, and Nathan Blecharczyk, Airbnb has disrupted the $500 billion hotel industry, and its $30 billion valuation is now larger than that of Hilton and close to that of Marriott. Airbnb is beloved by the millions of members in its “host” community and the travelers they shelter every night. And yet, even as the company has blazed such an unexpected path, this is the first book solely dedicated to the phenomenon of Airbnb. 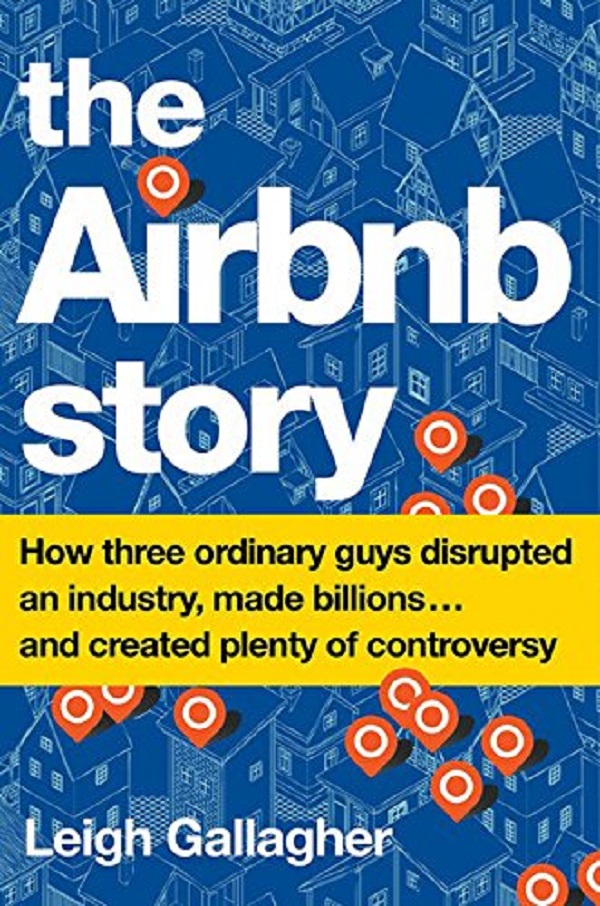 Life of the Party: The Remarkable Story of How Brownie Wise Built, and Lost, a Tupperware Party Empire

Even if your students have never experienced a Tupperware party, it could be a great business lesson for them to learn about the pioneering idea behind how Tupperware products are sold to consumers.

Before Mary Kay, Martha Stewart, and Joy Mangano, there was Brownie Wise, the charismatic Tupperware executive who converted postwar optimism into a record-breaking sales engine powered by American housewives. In Life of the Party, Bob Kealing offers the definitive portrait of Wise, a plucky businesswoman who divorced her alcoholic husband, started her own successful business, and eventually caught the eye of Tupperware inventor, Earl Tupper, whose plastic containers were collecting dust on store shelves.

The Tupperware Party that Wise popularized, a master-class in the soft sell, drove Tupperware’s sales to soaring heights. It also gave minimally educated and economically invisible postwar women, including some African-American women, an acceptable outlet for making their own money for their families—and for being rewarded for their efforts. 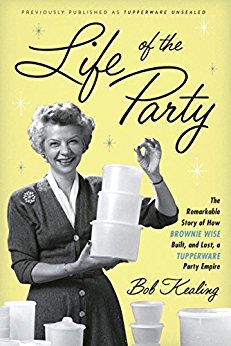 So Good They Can’t Ignore You by Cal Newport

It’s extremely rare for a high school student to know exactly what career they want to pursue. Discussions in business classes - and other classes - can explore the process of figuring out what a student is interested in.

In this eye-opening account, Cal Newport debunks the long-held belief that “follow your passion” is good advice.

After making his case against passion, Newport sets out on a quest to discover the reality of how people end up loving what they do. Spending time with organic farmers, venture capitalists, screenwriters, freelance computer programmers, and others who admitted to deriving great satisfaction from their work, Newport uncovers the strategies they used and the pitfalls they avoided in developing their compelling careers.

Matching your job to a preexisting passion does not matter, he reveals. Passion comes after you put in the hard work to become excellent at something valuable, not before. 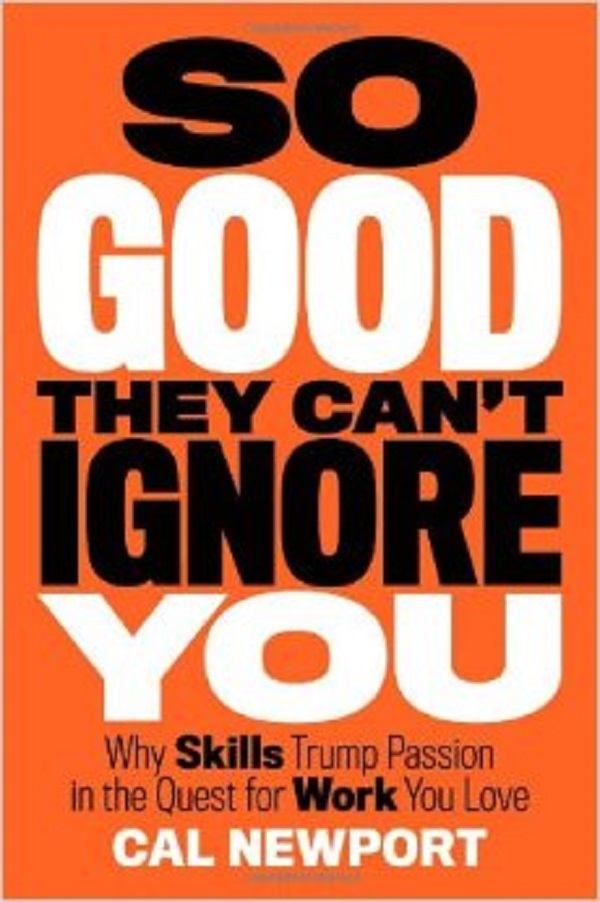 The Power of Broke: How Empty Pockets, a Tight Budget, and a Hunger for Success Can Become Your Greatest Competitive Advantage by Daymond John

A lot of the attention and headlines around the popular TV business/entrepreneur show SHARK TANK tend to center around the “sharks” Mark Cuban or Barbara Corcoran. However, Daymond John is a “shark” with a solid business acumen, success, and profits.

Daymond John has been practicing the power of broke ever since he started selling his home-sewn t-shirts on the streets of Queens. With no funding and a $40 budget, Daymond had to come up with out-of-the box ways to promote his products. Luckily, desperation breeds innovation, and so he hatched an idea for a creative campaign that eventually launched the FUBU brand into a $6 billion dollar global phenomenon. But it might not have happened if he hadn’t started out broke - with nothing but a heart full of hope and a ferocious drive to succeed by any means possible.

Here, the FUBU founder and star of ABC’s Shark Tank shows that, far from being a liability, broke can actually be your greatest competitive advantage as an entrepreneur. Why? Because starting a business from broke forces you to think more creatively. It forces you to use your resources more efficiently. 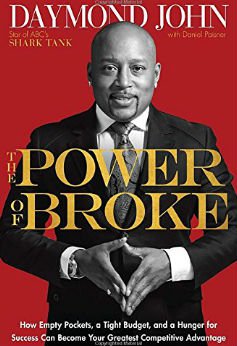 Todd Whitaker, Jeffrey Zoul, and Jimmy Casas are widely acclaimed experts on teaching and leading and are pioneers in the education twitterverse, and now they are sharing their best practices! In What Connected Educators Do Differently, they show how being a connected educator―by using social media to connect with peers across the country and even across the globe―will greatly enhance your own learning and your success in a school or classroom. You’ll find out how to create a personal and professional learning network to share resources and ideas, gain support, and make an impact on others. By customizing your professional development in this way, you’ll be able to learn what you want, how you want, when you want. Best of all, you’ll become energized and inspired by all the great ideas out there and how you can contribute, benefiting both you and your students. Whether you are a teacher or school leader, you will come away from this book with step-by-step advice and fresh ideas to try immediately. Being a connected educator has never been easier or more important than it is right now! 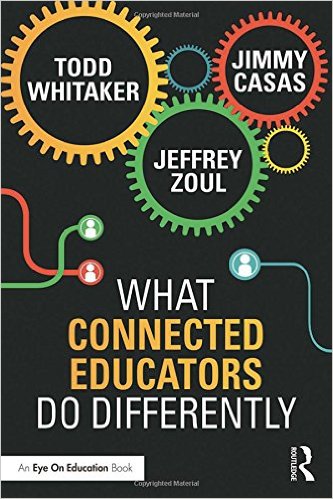