In an effort to provide high school business, marketing, and personal finance teachers with some additional business content for their classrooms, we developed this retailing business brief of Costco, the successful warehouse retailer with a unique corporate culture.

The business brief includes a series of discussion questions for students using the Bloom’s Taxonomy and Costa’s Levels of Questioning.

Download the business brief here (PDF file). We welcome any feedback you might have about this resource. If you have suggestions for future resources that would help you in your classroom, send us a quick email. We’d love to hear from you.

Costco Wholesale Corporation is the largest American membership-only warehouse club retailer that provides a wide selection of merchandise, and is the third largest retailer in the world after Walmart and Amazon.

Costco History: The first Costco warehouse store opened in Seattle, Washington, on September 15, 1983, and was created by James (Jim) Sinegal and Jeffrey Brotman. Sinegal served as president and CEO of Costco until his retirement in 2012. But, Costco wasn’t an original retailing concept - selling in bulk in a membership warehouse. Prior to starting Costco, Sinegal had worked for many years for a retailing pioneer - a man named Sol Price. In 1954, Price founded FedMart, a company of discount department stores very similar to Costco.

Costco’s corporate culture: Costco’s retention rate for employees who have been there a year is 94%. That level of employee retention (the number of employees who remain employed and don’t leave the company) is unheard of in the retail industry. Costco pays its employees extremely well. Costco’s average wage is $22 per hour vs. $13.38 for Walmart. Costco also offers full health and dental insurance even to its part-time employees; a 401(k) with stock options after a year; and liberal vacation time and family leave.

Costco’s internal slogan in how they run their business with employees, vendors, and partners is - “do the right thing.” One example. When Costco discovered they’d marketed and sold a shirt as 100% silk, and the shirt wasn’t actually silk, they contacted every customer who purchased the shirt and refunded their purchase.

Costco fun facts: Costco’s most popular product is toilet paper. In a recent year, Costco sold more than 1 billion rolls of toilet paper. You have to pay for the privilege to shop at Costco. Annual Costco memberships will be $60 per year starting June 1, 2017. Annual membership had been $55 previously.

Unlike many well-known retailers, Costco doesn’t spend money on advertising its stores. Costco sells a wide variety of merchandise, including coffins which you can buy online at www.costco.com 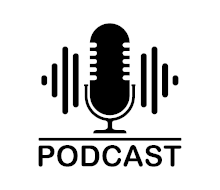