While teachers were hard at work over the summer either relaxing or planning for the next school year, teenagers across the U.S. - and the world - were hard at work creating their own 15-second music videos with musical.ly - one of the most popular smartphone apps for teens and pre-teens. 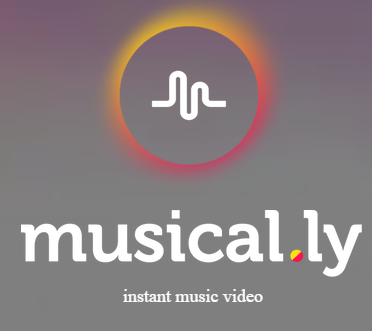 What is musical.ly exactly?

musical.ly is a social media platform for creating, sharing and discovering short music videos. Every day, millions of people use musical.ly as an outlet to express themselves through singing, dancing, comedy, and lip-syncing. The app celebrates creativity with videos recorded in 15 seconds or less and shared across the musical.ly community.

Musical.ly, available for iOS or Android, combines music, personal (selfie) videos, and social sharing and has proven to be a powerful combination that has captured the attention of millions of teenagers.

Ten million (yes, MILLION) videos are created and shared via musical.ly EVERY SINGLE DAY. That’s a lot of videos, and a lot of teenagers lip synching their favorite songs and sharing the resulting videos with their friends. If you’re a teacher, and you’re reading this, it’s almost 100% guaranteed that some - if not all - of your students have tried, or are regularly using musical.ly.

Where Did musical.ly Come From?

Boasting 70 million downloads of their app and 10 million+ daily users, musical.ly hasn’t been bought by Facebook, Google, or Snapchat - yet.

Ironically, musical.ly has its roots originally in an education app. Alex Zhu and Louis Yang, co-founders and co-CEOs of musical.ly, originally built and launched the app Cicada where experts, on any subject, could share their three-to-five minute video. When Cicada failed to take off and gain an audience, the company changed direction sharply and built musical.ly for sharing lip synching videos.

Musical.ly launched in July 2014, and the company saw immediate interest with 500 people per day downloading the app, and more importantly, using the app over and over again.

Once a musical.ly user has created a video, they can do what teenagers like to do online - share the video far and wide. Not only does the video get uploaded to musical.ly’s own social network (think Instagram feed of 15-second music videos of your friends), but users can also share their musical.ly’s videos to Instagram, Facebook, Twitter, Messenger, Whatsapp, Vine, email, text message,

How can teachers use musical.ly in the classroom?

Admittedly, as just outlined, musical.ly is the next super-popular app that teenagers will spend hours on - creating and sharing their own videos. Most of that video creation will be done on their own time - not in the classroom.

But, that’s not to say that musical.ly couldn’t be used in the classroom. (Warning - some of the songs available on musical.ly for lip synching have objectionable content or curse words. Students need to know those songs aren’t allowed in the classroom). Also, since videos can be saved as private, students don’t have to feel pressured that if they make a video, it will be available for all the world to see. They can decide who sees it and where they share it.

Here are some possible ways teachers could integrate musical.ly.

Rewards - if students finish a particulary challenging assignment, and have an extra 5 minutes at the end of class, they could be rewarded for work and participation by allowing a last-minute lip synch battle at the end of class as multiple students record their musical.ly videos.

Teamwork - Students can create duets with musical.ly. Musical duets via musical.ly could be a perfect opportunity for students to practice working and creating collabortively.

How are you using musical.ly in your classroom? Feel free to let us know.